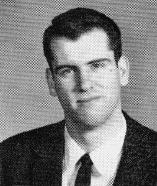 Barton graduated from Waco High School in 1960 and served honorably in the United States Army, after which he had a successful career in the tech industry. After working in Kansas for a while, Barton and his wife returned to Texas and lived in Arlington. They moved back to Waco last year. Anyone who knew him knows he loved a high stakes game of poker, or a no stakes game for that matter. He was also an avid reader, with a large collection of books, mostly westerns and mysteries.

He is survived by his wife, Carolyn; his son, Pat Maxwell; his daughters, Denis Rogers, Kathy Baldwin and Jeannie Ryan; numerous grandchildren and great grandchildren; his sister, Lynn Reiman; his brother, Pat; his nephew, Josh Zachry; his nieces, Marra McElroy and Meredith Knight; four grand nephews; and one grand niece.

In lieu of flowers, please send donations to Disabled American Veterans. The family invites you to leave a message or memory on our “Tribute Wall”