An adapted version of “The Town Crier” sent by Jeanne Harman on November 30, 2018.

Important Information on the California Fire known as ‘Camp Fire’

From Dick Tooker who lives in Chico, CA near the ‘Camp Fire’ (as of November 11th):
SHORT VERSION: We’re OK. Fire never got into Chico Proper where we live, and other than the God-awful smoke and long gas lines, no effect on us.

When we moved here 13 years ago, we bought a house in the Sierra foothills, about ten miles from, and 1,500 feet higher than Chico. It was the place in the country I always wanted. Five acres, a great home, and a spectacular view that looked over a huge vineyard, then the lights of Chico at night, and forty miles further, the snow-capped coastal mountain range that separates the northern California valley from the Pacific ocean. Two years ago, we decided to leave my dream home and move into town, mostly because I simply couldn’t keep up with five partially-landscaped acres any more, and we needed to be nearer healthcare resources. Sad, but you gotta do what you gotta do.

Well, that turned out to be a really good idea. The Camp Fire (way too benignly-named for such a Hell-on-earth phenomenon) turned that house into a smoldering pile of rubble, along with the homes of many of our old neighbors who are still friends. Our previous next door neighbors, who are still our best friends in California, lost their home as well. They’re on vacation in Australia. We’re keeping their dog, and Victoria is now busy clearing out a couple of rooms for them when they get back next weekend. They have no place to stay in Chico.

I should note that our new neighborhood is filling up with refugees from Paradise, CA. The folks directly across the street have taken in 4 people who are suddenly homeless. There are RVs parked everywhere. I can’t describe how bad I feel for all those folks.

It is the worst fire in California history. If you’ve been watching it on television, it’s way worse than it looks from a distance. Paradise, a great little town of 30,000 people, is about 25 miles from here as the crow flies. Fully 90% of the homes in that town have been completely destroyed, and many of the few that are left are badly damaged. 120 businesses burned to the ground, along with both hospitals and all the schools. Some of the dead were trapped and burned alive in their cars trying to escape. For all practical purposes, the town has been wiped off the map. I don’t see how it will be possible for all those people to rebuild.

Aubrey Stringer was featured on the front page of the local section of Waco’s newspaper on  November 18, 2018, regarding his sawmill in Valley Mills, Texas. As you know, Chip and JoAnna Gaines of “Fixer Upper” have made Aubrey a familiar name all over the USA.  So….all credits of this month’s Show and Tell go to the Waco Tribune Herald article by Mike Copeland.  Read the article.

Tommye Ruth (Blair) Toler recently returned from a trip to Taos, NM.Here are some of the changing colors in that area.

Blast From The Past

Here’s wishing everyone peace, good health and contentment in this Christmas Season.  Enjoy the holidays to the fullest w with your loved ones. Stay safe and healthy, and make some happy memories. 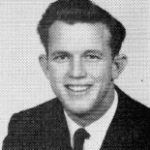 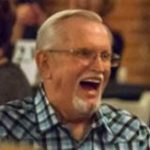 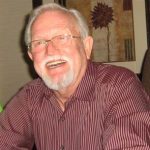 
I have just received word from JoAnn Carson that Gene Carson has died.


From JoAnn Carson –
“Wanted you to know that Gene died on Wednesday, 11/21. He had been in hospital more than a month and tried hard to beat it but was just so tired. Gene always loved coming to Waco for the lunches to see old friends. He will be buried at DFW National Cemetery in about 2 to 3 weeks. I will let you know when I get the final word. Thanks for being such a good friend to Gene.”

MEMORIALS: In lieu of flowers, the family asks for donation to the Alzheimer’s Association (at alz.org), or the charity of your choice.

Gene was born Nov. 7, 1940, in Hope, Ark., to George Davis Carson and Roy Sue Culp Carson. Gene was a fun-loving guy with an infectious laugh. He enjoyed going to his Tuesday Breakfast Club events and poker night with “the guys.”

We certainly had a good time celebrating our 58th class reunion.  We missed all of you who were not able to make it.

A big, big thanks to Tim Lasseter Latta (our fearless leader), Malissa Starnes Baugh (our co-leader and one who continues to bless us with her organizational skills- name tags, keeping up with registration, all the money and our head-count, paying all the bills, ordering the cakes, napkins, etc.),  Howard Dudgeon (furnishing us with the Memorial Books of our dearly departed graduates) and Janet Hurta (our adopted graduate and wife of Glen Hurta who has kept our directory for more years than I can remember).  Special Thanks goes to Gayla Miller Webb and Linda Phelps McKee (who both have been responsible for our decorations for what must be every single reunion we have ever had and to David McPhail, Karen Shinault and all those who were on the telephone committee:  you did an awesome job!!  Without each of these folks, our reunion would not be what I have heard some folks say:  the “best reunion we have ever had”.  It takes a village….and unless you have ever worked on the reunion, you have no idea just how demanding it is.

A cold front came through Waco with rain….a lot or rain…. so much rain that golf was rained out.  Although the weather was cold and damp outside, inside the Phoenix room our graduates were wrapped in the warmth of love and friendship, reliving times when all of us were young and carefree.   Folks came as far away as from Buffalo NY,  Florence SC, Paris TN, New Mexico (5 different graduates from NM), Louisiana, and Indiana.

The food was wonderful, Ralph Sparks (class of WHS 59) entertained us with oldies on his keyboard, and the camaraderie of all was unsurpassed.  I could not believe that so many 76 year-olds could get out on the dancefloor and “cut a rug” as they did.  Ralph was supposed to play for about 15 minutes or so….but popular demand turned that into one hour.  In our hearts it was like we were once again enjoying our teen-aged classmates at a sock hop.  Sweet memories.

There are several who want a 60th reunion—especially since we are the class of ’60.  However, there is no leader so if you want a final reunion, someone is going to have to step up to the plate and organize it.  Otherwise, the 58th was our final hoorah.

Again, so glad to have seen everyone and so sorry we missed you if you were unable to make it.  Robert “Little Red” Wilson, has his take on the reunion which is in the comments sections.  Robert has always been so great to bless us and our food each and every time we meet.  It is only fitting for him to close this special edition with his AMEN.