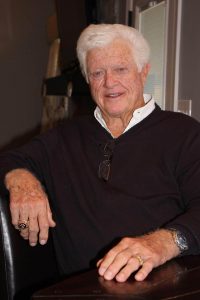 Darell Gene Gill, a long-time resident of Plano, Texas passed away July 2, 2022 at the age of 80. He had recently moved to Cibolo, Texas to be closer to his sister, Vickie Jackson. He was born on May 15, 1942 to Delbert Gill and Thelma Mae (Wheeler) Gill in Waco, Texas where he grew up. Darell was a graduate of the 1960 class of Waco High School. He earned his bachelor’s degree from North Texas State University and also earned a master’s degree from East Texas State University. For a time, Darell played semi-pro baseball for the Waco Missions. He later used his athletic talents to coach baseball and football to budding athletes in Plano ISD. In 1994, he earned a state football championship ring when the Plano Wildcats won the state title. The Texas High School Baseball Coaches Association awarded Darell as the first recipient of the Texas High School Assistant Coach of the year. In addition to coaching, Darell was a teacher for over 30 years.

Darell was a member of the Freemasons and a licensed pilot. He loved to fly and in 1985, the Plano Daily Star-Courier wrote an article about Darell teaching flight training to flying club students.

Darell was a very active member with FCA, Fellowship of Christian Athletes and member of the Heights Baptist Church in Richardson, Texas. He was a loving father, brother, uncle and friend. Darell will be missed dearly by those who knew and loved him.

He is survived by his sister, Janice Meadows of Griffin, Georgia, Vickie Jackson and husband, John of San Antonio, Texas, and Kathy Gill Foil of Brenham, Texas; brother, Travis Gill and wife, Pam of Victoria, Texas; nieces, Jennifer Nelson, Vanessa Presson, Amy Horn, and Kara Koen; and a host of other loving family and friends.

Darell was preceded in death by his daughter, Mandy Gill Gupta and parents, Thelma and Mozine Wood.

A memorial service was held at 2:00 p.m., Thursday, July 14, 2022 at Turrentine-Morrow Funeral Home Chapel, 2525 Central Expressway North, Allen, Texas 75013. The service was recorded and can be seen by clicking on the following link: https://celebrationoflife.tv/blog/darell-gene-gill. 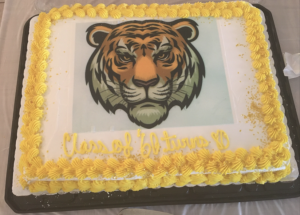 On July 12th, a Birthday Party was held for WHS Class of ’60. Since most of the graduates will turn (or have already turned) 80 this year … and it had been a while since there had been a class gathering … it was a great excuse to get together. Thanks to Robert Wilson for hosting the gathering.

And, if you’d like to see pictures of the event, you’re in luck. You can download them by clicking here.