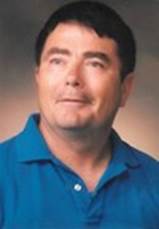 Harold Dean Jobe, 76, of Robinson, passed away in his home, September 14, 2018, surrounded by his family. Funeral services will be 10 a.m., Tuesday, Sept. 18, at First Baptist Church of Robinson, 104 E Stegall Dr, Robinson, with Pastor Brooks Kimmey officiating. Burial will follow at Robinson Cemetery. The family will receive visitors from 6 to 8 p.m., Monday, Sept. 17, at Pecan Grove Funeral Home, 3124 Robinson Drive, Waco. Harold Dean was born March 3, 1942 in Waco, TX. He graduated from China Spring High School and later received a 4-year degree from TSTC as a machinist. Harold Dean married the love of his life, Lois Whitley, on December 14, 1963. He was an active member of First Baptist Church of Robinson. He was a beloved husband, father, and papa, and will be missed by all.Harold Dean is survived by his wife, Lois Jobe, of Robinson; son, Larry Jobe and wife, Angie, of Eddy; son, David Jobe and wife, Lori, of Eddy; grandkids, Mike and Ashley Myers, Mark and Kayla Farwell, Caitlin Jobe, Justin and Debanhi Jobe, and Megan Jobe; nine great-grandkids; and one sister, Elaine Yarbrough. Online guestbook. Sign the Guest Book

Note from Jeanne Harman: In his younger years, Harold Jobe went to school with several of our WHS graduates. I know Harold was in the 6th grade at Crestview Elementary around 1954/1955. He graduated from West Junior High School in 1957 as I ran across a list of the graduating class not too long ago. 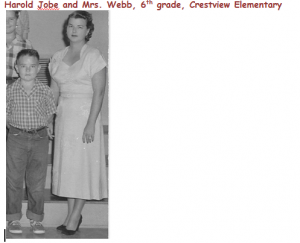 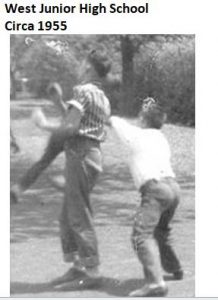