Our graduate, Jenny Easter, died on October 7, 2019. Jenny was the niece of our graduate, Bob Easter. Bob and Jenny were more like brother and sister and held a very close bond to one another right up to the end.  Bob was the youngest of eight children and Jenny’s father ( Bob’s brother) was the eldest. Therefore, Jenny was Bob’s niece. Back in those days there were many families who had children a generation apart. While attending Waco High, Bob had a brother, Bill Easter in the 12th grade– a nephew in the 11th grade –and a niece (Jenny) in the 10th grade, the same grade as Bob. Bob said it always confused everyone. 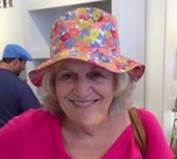 Jenny was born September 9, 1942 in Waco, Texas to Jasper Columbus and Jene Skelton Easter. She was raised by a loving and generous family along with an older brother, Jerry Paul Easter and younger brother, James (Jim) Eugene Easter. She adored both of her brothers her entire life. Jenny graduated from Waco High School and quickly married Cecil Wayne Sorrells. They had a daughter Kimberly Jene Miles Pena. Jenny was also married to Robert Jack Miles and they had a daughter, Melynda Michelle (Shelley) Miles Fisher.

It was impossible not to love Jenny. The twinkle in her eyes when she was pulling a quick practical joke or helping family was delightful to watch. Her laughter was contagious, too. Jenny lived for her family making sure her children and grandchildren knew they were protected and loved. In return, for several years when Jenny was no longer able to care for herself, her daughter Shelley extended that same loving care to Jenny and remained by her side until she passed.

The family would be remiss if we failed to acknowledge and express our deepest appreciation for the Professional care of the entire Staff at Retirement and Nursing Care, 6909 Burnet Road Austin, Texas and for the devotion to and for Jenny by Encompass Hospice.