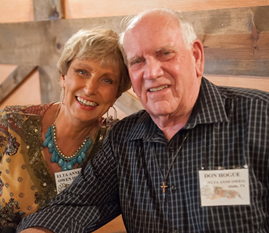 Elta Anne Owen Hogue went to meet her Lord and was reunited with the love of her life, Donald W Hogue, Thursday, January 9th, 2020.  (Picture is from WHS reunion, 2013.)

Elta was born on October 22, 1941, and graduated from Waco High School, class of 1960. She went on to complete Business College and attended Texas Christian University. After completing school, Elta had a promising career ahead of her with Southwestern Bell before meeting Don. He became her husband and she never looked back for 57 years.

During her lifetime, Elta was known by family and friends to be a four-speed driving, bikini-wearing, pool lounging, mustang driving with the top down, “unlicensed” therapist to all, sharpshooting, Sophia Loren look-a-like, tea-loving night owl with a zest for life and the wits to back it up.

Elta loved spending time chatting with friends and family but only after 10 am and always after her first cup of tea. And you could only see her after she “put her face on”. Truth be told she was always a gorgeous woman inside and out with and without the added frills.

She truly cared about people and relationships. At any party, get together, or crowded room, Elta had the ability to scan the room, and pick that one person that she thought needed a friend. She would then dedicate herself to finding out everything about that person, would give them sound advice, and would become their friend for life.

Elta was a devout Christian and loved sharing her love for Christ. She made a huge impact on those around her and with the partnership of her loving husband, Don Hogue, brought many souls to Christ in their lifetimes.

Most of all, Elta’s greatest love was for her husband Don. Fortunately, those two love birds didn’t have to be without each other for long.  Elta joined Don 9 months after he departed this world. Needless to say, Elta suffered from major FOMO (fear of missing out) after Don passed and looked forward to reuniting.

Elta was forever adopting people into her family over the years. These people include a long list of people over the year.  Jordan Leighton and daughter Ryliegh, Joshua Smith, Chris Reist, Nikki Reist, and Justin Munroe, Jayden Smith, and Brantley Latta.

Many active military members during the holidays became part of the family for all eternity. Even a Prince and future King.

Elta also leaves behind her beloved pets and the fattest squirrels in all of Deer Creek.

Elta was a shining light to so many. Her love, devotion, and humor will be missed by all who knew her. God Bless.

Her home and Son Greg’s home will be filled with family and friends this weekend. 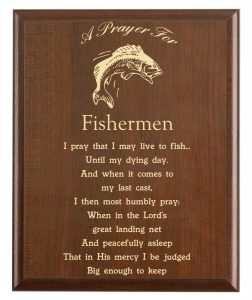 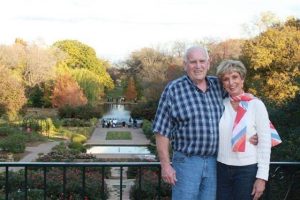 Her granddaughter (Connie Patillo) posted this on Facebook today:

Elta Anne Owen Hogue has passed away this morning. She was surrounded by family. Her funeral will be Sunday, January 12, at 3pm at Parker County Cowboy Church. Please, in lue of flowers she has a go fund me to help purchase audio bibles.

I read of a man who stood to speak at the funeral of a friend. He referred to the dates on the tombstone from the beginning… to the end.
He noted that first came the date of birth and spoke of the following date with tears, but he said what mattered most of all was the dash between those years.
For that dash represents all the time they spent alive on earth and now only those who loved them know what that little line is worth.
For it matters not, how much we own, the cars… the house… the cash. What matters is how we live and love and how we spend our dash.
So think about this long and hard; are there things you’d like to change? For you never know how much time is left that still can be rearranged.
To be less quick to anger and show appreciation more and love the people in our lives like we’ve never loved before.
If we treat each other with respect and more often wear a smile… remembering that this special dash might only last a little while.
So when your eulogy is being read, with your life’s actions to rehash, would you be proud of the things they say about how you lived your dash?

“All of us who knew David, whether it was in high school or after graduation, knew how well David lived his “dash”.  He would be proud of the things that will be said about him.  He worked many years for the telephone company in Waco, retiring from there.  After the death of his step-mother, he tended and cared so faithfully for his sister, Patsy, never wanting her to be alone at night.  David loved to fish and he spent many enjoyable hours in this peaceful hobby.  He also enjoyed hunting and any other outdoor activity that guys enjoy.  He was a great athlete in high school and junior high.

David was a quiet, independent, timid and shy but strong-willed man with a most kind heart.  Most of the time when one saw David he had a smile on his face—even a sheepish little grin which was probably part of his shyness being surfaced.   David will be missed greatly by his friends at Waco High and others who knew him throughout his lifetime.”

Pictures from Our Reunions 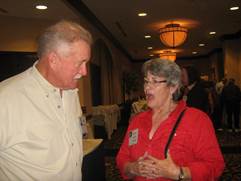 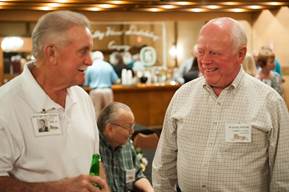 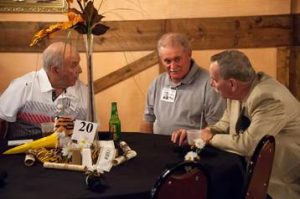 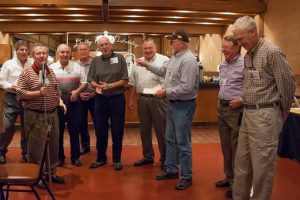 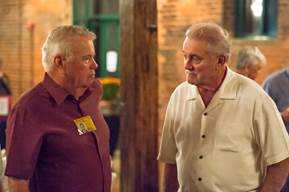 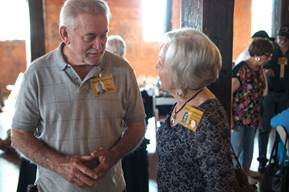 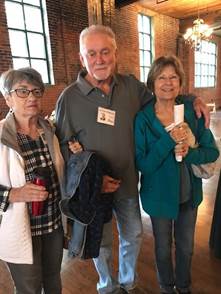 We have had a true warrior just lose his battle with leukemia today.  David Peeples died around noonish on January 4th.

David was ready—he was so tired of being in pain.  He hesitated to take too much pain medicine because it made him loopy, he said.

I saw him on Wednesday night, trying to get him to take pain medicine but he wanted to watch the Baylor Sugar Bowl game instead.  (Men and their football!).

The nurse was to give him some pain meds as soon as the game was over.

David and Janie McPhail were there about 11:30 but I have not spoken with them since they saw David.

Anyone who was keeping in touch with David knows how he was ready to be out of pain.  It was so difficult for David to give up control though, as he had always been so independent.  At least, David is no longer suffering.