An adapted version of “The Town Crier” sent by Jeanne Harman on February 28, 2019.

I want to begin with something I found to be very moving- especially because of our current age. Thanks to Crozier Brown and Bob Easter for sharing. I think we all can relate. I hope you will enjoy it as much as we three did.
Clint Eastwood and Toby Keith video

“The passing of Gene Carson reminded me of a couple interesting things we accomplished while attending WHS. The fall of ’59 with the upcoming football game against Temple we thought of a brilliant sign to display during halftime. Myself, Gene C, Barton Z, Bob Willingham and some others I have forgotten made a sign out sheets sewn together that read Beat the Living H_ _ _ out of Temple. We purposely left out the “ell” thinking this would eliminate any repercussions. Wrong. The following Monday all of us were called to Mr. Ware’s office (what a stuffed shirt). He explained that he was appalled at this conduct and it brought embarrassment to WHS and the entire city. We all laughed. I stated ” I guess if we had won we would not be standing here” His final statement was “all of you are expelled for 2 days”.  As we were leaving Gene stated “let’s go get some beer.”

Carson, Willingham, Zachary, myself, and even Martin (1 time) would travel to Perry TX and purchase adult beverages to be sold in the parking lot of the bowling alley on Franklin Ave. The only time Martin went he was wearing spirit ribbon (remember those) and the owner of the store asked him to leave.

My apologizes to those who might have participated in these accomplishments and were not mentioned. I can only remember so much.

It was all in fun. I mean why in the hell were we teenagers for anyway?”
Gig’em
– Hal Johnson 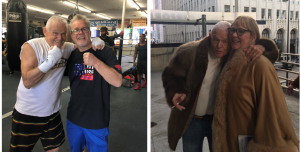 “Mimi and I took a trip to Los Angeles, recently. I went and worked out at the Wild Card Boxing Club and had the experience of meeting Freddie Roach. Those who follow boxing know him as a famous trainer who trains Manny Paquiao and has trained other world champions. Mr. Roach took a shine to Mimi and took us on a tour of his private gym. We met some of his pros and had a really good time.

Christmas we went up to Denver and visited with some of the kids. We saw a really great performance of the Nutcracker by the Denver ballet. Afterward, filled with Christmas spirit, I was singing to Mimi a little Christmas tune. She is cleverly disguising her pain. We returned from L.A. to San Antonio on the train. Our “room” was as big as a closet; everyone needs to experience this kind of travel…..once.

I hope everyone else will send in some stories and pictures as it is really fun for me to hear what people are doing. I hope everyone has a good year.”
– Jim & Mimi Monnig

“My news for March is that I have to have torn meniscus repaired in same knee which had torn meniscus in 2011…. Looks as if I would learn not to shove heavy antique furniture with my legs!! Never thought of myself as a slow learner!!” -Bonnie Burson 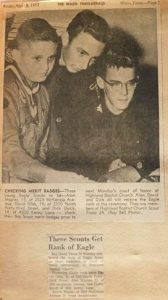 While digging through some old yellowed scrapbooks, David Dibb ran across this picture that was in the Waco paper on November 8, 1957 (just a “few” years ago). David said he was in Boy Scouts and Explorer Scouts with Richard Quick, Crozier Brown and Jerry Causey. This is a picture of David and Richard getting ready to receive their Eagle Scout awards. The Eagle Scout Award is the highest achievement in Boy Scouts and only about 4-7% of Scouts will pass all requirements for this honor. David is in the center with Richard being on the right.
David says: “I don’t remember if there was a Reptile merit badge, probably just one for Zoology, but I’m sure Richard earned any of the animal-related ones.”
– David Dibb

Ralph Klatt said his truck is better looking than he is so here are some pictures of his truck and his new abode in North Carolina. They had 22 inches of snow the week before Christmas. This looks like a winter wonderland!! Hmmm, a warm fire, a fluffy lap throw, a good book/movie, lots of food in the house, maybe a glass of wine or cup of hot chocolate or hot toddy…. Nice! 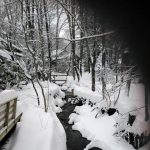 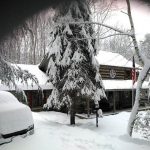 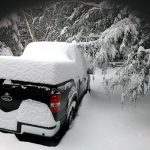 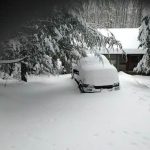 This month features Linda Sue Shelby Lyons. I first met Linda in the second grade at Dean Highland. She also attended Crestview Elementary, West Junior, and Waco High. She is a very soft spoken individual with the kindest heart I have ever known. About the only thing she will kill is an insect or spider, and she does that with reluctance. She would not think of killing a mouse or a rat, but her cats usually take care of those. One time she killed a snake that got into her house, but she said she regretted it and never planned to kill another. All the stray cats around her area have gotten the word out that Linda will feed them and give them a home. Currently she has two cats- Jet and Dusty. Since about 1980, Linda has lived and homesteaded 8 acres in Crawford, TX. She tends to this acreage all by herself and feeds all the wild animals that roam near her dwelling- deer, raccoons, possums, foxes— you name it!

After graduation from Waco High, Linda attended SMU for about 1½ years. She dreamed of being a scientist or astronaut but after taking advanced math classes at SMU, she decided she was not smart enough to tackle all the requirements for that profession; therefore, she changed her mind and major. Linda’s mother made her seek a teaching certificate so she would have “something to fall back on”. When Linda’s roommate at SMU married, Linda decided to leave SMU and return to Waco. She enrolled in Baylor University and in 1966 obtained her BA degree in Education with majors in French, English and German.

Linda moved back to Dallas after Baylor graduation and taught high school French and English. She decided that was “not her bag” so once again she returned to Waco in approximately 1968/69. She taught Special Education at Midway and at some point in this time-period, she decided she wanted to be an Educational Diagnostician. In 1975 she earned her MS degree from Baylor and was hired by McLennan County Department of Education. Later this company changed its name to Rio Brazos Education Co Op. Rio Brazos included several rural schools in McLennan County. Linda semi-retired from Rio Brazos Co Op in 2004 when she went on half-time retirement and in 2006 she took full retirement.

Regarding Linda’s talents, they are very varied. She first started painting when she was 10 years old after taking some private lessons. The two larger paintings shown below were done in about 1960. The little paintings of the children were done in the late 1960’s or early 1970’s. She has painted some other things but gave them away to a friend. 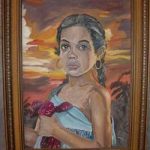 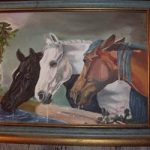 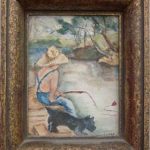 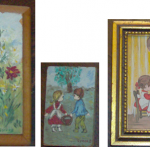 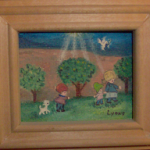 Linda first became interested in stained glass after she saw an advertisement for classes at a junior college in Dallas in the late 1960’s. Once a week she drove to Dallas for these classes. Her first piece was “Johnathan Livingston Seagull” because she loved the book, the movie, and Neil Diamond’s musical score for the movie. Later, she took classes at Stanton Glass Studio in downtown Waco. Over the years, Stanton Glass has become very famous in the state of Texas. In addition to her classes at Stanton Glass, Linda also took a few classes from an individual lady who lived in West, Texas. When this lady decided to close her business, Linda purchased a lot of the lady’s inventory of glass. Linda said she got her inspiration for her stained glass pieces mainly from her own imagination. However, the heart that is pictured was made after she saw a picture in a magazine. Linda learned both methods of lead came and copper foil. In the process of creating her stained glass, Linda found the cutting of the glass to be the hardest thing to do. 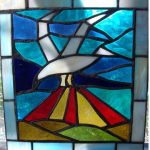 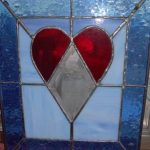 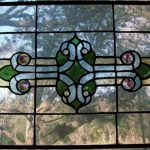 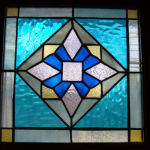 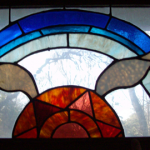 Linda is divorced and has one daughter, Diana Waggoner, who is married to Mark Waggoner. Mark was made famous in Waco as the athletic director/coach at Reicher High School for 20 years and led his teams to 4 State Championships in 2004, 2007, 2008, 2009. Mark is now Athletic Director/head football coach for Hamshire-Fannett near Beaumont, Tx. Linda has two grandsons, Blake and Blaine.

Linda says she does not have a proper workshop in which she can currently create stained glass so she no longer practices this type of art. Plus, she said she is no longer motivated to paint. From personal experience, I can attest that Linda very much likes to visit quilt shows and quilt shops as she is my “running buddy” for those. She has a stash of fabrics and patterns for lots of projects. We will just have to wait and see what her imagination will inspire her to do next. 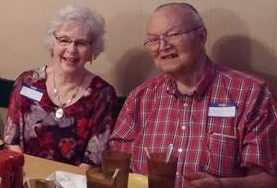 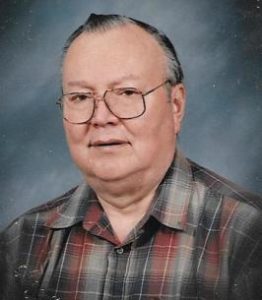