Fellow Graduates,
I am sad to inform you that Mary Murray-Lockwood has recently died. Mary attended many classes with our WHS 60 graduates. I am trying to remember when Mary moved to Dallas but I think it might have been sometime in the summer of 1959. Therefore, Mary graduated from high school there rather than with our class. For the past several years Mary had been living in Knoxville, TN, where her daughter, Wendi, currently resides. Mary attended several of our class reunions in the past and I located a few pictures from those times. Following her obit, these pictures are posted. Mary had a beautiful voice, loved to play the piano, and will be missed by so many. 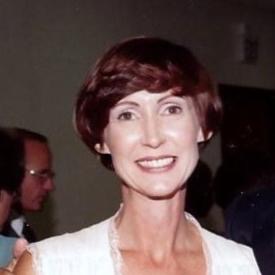 Mary Frances Murray – Lockwood was born February 1, 1942 in Summerville, South Carolina, and passed away peacefully in Knoxville, TN on May 30, 2019 at the age of 77. Mary grew up and lived most of her life in Waco, Texas and attended Waco High School. She would have graduated with the class of 1960, but she moved with her parents to Dallas and graduated from South Oak Cliff High School. She then attended classes at East Texas Baptist University in Marshall, Texas.

Mary was active in church, played the piano and sang for much of her life. She served numerous churches with her musical talents and taught piano and voice in Waco, Texas. She also worked as an executive assistant at Certainteed Corporation and as an office administrator for various churches throughout the years. Mary loved animals and besides raising many herself, she worked as a pet sitter any chance she could. She loved the Lord and her family very much.

Some happy times with Mary