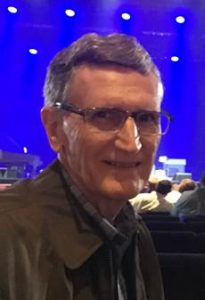 Jack Martin really needs your prayers and thoughts right now. Jack has recently learned that he has pancreatic cancer and is in need of surgery and chemo. Jack’s cancer is the type that can be operated on with a procedure called the Whipple. Jack’s Waco doctor has suggested that Jack have the surgery either in Dallas or Houston. Jack has chosen Dallas as his daughter lives there. Only 20% of pancreatic patients are eligible for this type of surgery as it can only involve patients who have cancer in the head of the pancreas that has not spread.

Please lift Jack up in prayer as well as his doctors as this is a very complicated surgery. I will give you more details as we learn more…but for the time being, please put Jack on all your prayer lists. He has not been feeling well and of course, with all the testing, has had to skip meals for each and every test. When one deprives Jack of food … that is like taking a bone away from a dog … Not a happy camper! We wanted to give Jack a good “Waco Welcome” but surely did not want him introduced to his doctors in this manner.

UPDATE: Jack Martin met today (January 18th) with the Dallas surgeon who specializes in performing the Whipple. The doctor told Jack that he is a candidate for this type surgery. Jack is scheduled for surgery on February 7th at 10:00 a.m. at the Methodist Liver Institute in Dallas. The surgery should take about 5 hours, the doctor will do it robotically, and Jack will have to remain in the hospital for approximately one week.

Please, everyone, keep Jack on the top of your prayers lists!

Jack said all the responses he has received from everyone is heartwarming. Keep up the good work, graduates. You are the best!