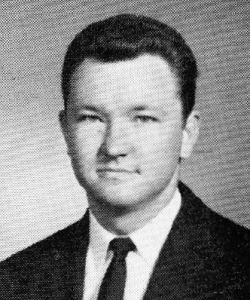 “Bull Dog” Bob Easter is at it again.  He located one of our graduates but unfortunately, this graduate died back in 2016.

Donald Allen Cook died September 27, 2016 in Phoenix, Arizona.  An obit was not able to be located.

Donald was married to Margery Alice Cook in Travis County in 1964.

Bob said he thinks Margery Alice is now living in Pennsylvania, possibly to be near her children.

Here’s the November edition of the Waco Town Crier… 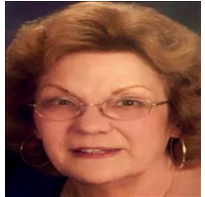 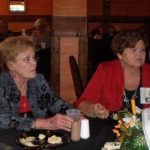 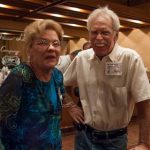 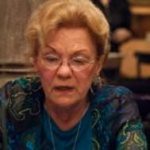 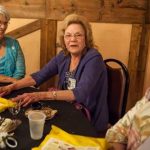 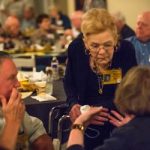 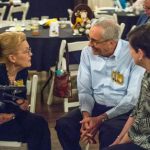 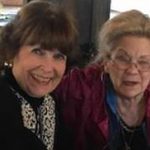 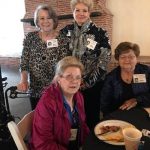 I want to thank everyone who expressed their appreciation for the history of the Town Crier. It thrills me that so many of you enjoy the Crier. Anytime anyone has an idea or item to be shared, please remit it. The old saying, “Two heads are better than one” is really worthwhile. I thank all of you for your contributions and anxiously wait to hear from those who may still be considering. Please keep up your good work as you help make my job easier.
Jeanne

Click here for the October 2020 edition of The Town Crier

A note from Jeanne Harman …

Chinky Johnson is the highlighted graduate this month. Her career involved immunogenetics and HLA antigens. Much of her work was done in collaboration with clinical investigators at the National Institutes of Health. I think everyone will find her recap to be most interesting. I asked Chinky if she had ever met Dr. Fauci, who has emerged as a most popular and informed person during this pandemic. This was Chinky’s reply:

“I don’t think that I ever met Dr. Fauci but I was at some meetings with him. At the time, he was working on AIDS and my field of study was different. At NIH, Dr. Fauci is now head of the Department of Allergy and Infectious Disease (NIAID) which is the department that funded my research. However, at the time I was working, he was not the head of NIAID. Tony Fauci is an intelligent, talented and accomplished person. Everyone should listen to him and we would be in a better place than we now are in the pandemic.”

Many graduates have commented on how much they enjoy reading what others have done since graduation. I hope to hear from each one of you with your story–be it long or short. If you want to write it yourself, that is great. If you want to send me the particulars and have me write, that is also acceptable. Just remember: you get to okay the final article before it goes out to our graduates. So….”I’m listening”.

Click here for the September 2020 edition of The Town Crier

Wow! Another month has flown by!

Not only did we have to contend with the COVID-19 this past month, but also Hurricane Hanna which hit South Texas. Waco had its share of the virus but we did not get one drop of rain from Hanna. I am sure, if possible, South Texas would have shared some of their moisture with us.

Stay Safe, Stay Sane and Be Kind to one another!

Click here to read the August edition of the Waco Town Crier! 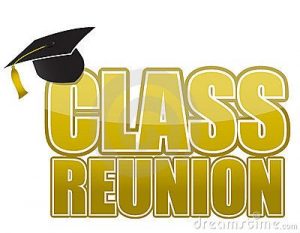 The 60th reunion is a GO!! Download the registration form.

After breakfast on October 7th, there are no scheduled events, except for the Golf Outing, until the dinner that evening. (Tim Latta will lead the golf outing. If you wish to play golf, please contact Tim.)

We have a block of rooms at the Hilton Waco, with a price of $125.00 per night. There are several other hotels in close proximity to the Hilton Waco but we have no contract with them for rooms.

We hope that you and your guest will attend this Reunion. We have tried to keep the cost as low as possible and still provide an enjoyable Mixer Welcoming Evening, a breakfast the second day and enjoyable dinner with music by Ralph Sparks. There will be plenty of space for visiting as our dining room is at the end of the hall.

We encourage you to get your reservation in as soon as possible. Reservations are due by September 1, 2020. The first 10 paid reservations will receive a Door Prize the night of the 7th at the dinner.

We hope you will make e3very effort to come to the 60th reunion. We want to celebrate our early years together and continue our friendships.

P.S. If the reunion is cancelled, all reservation money will be refunded. 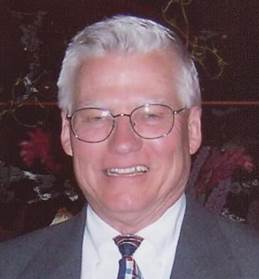 Jeannie was diagnosed with Covid19 Monday a week ago (June 29) and taken to the hospital on Friday (July 3) in serious condition! She has pneumonia in both lungs and other problems! The infusion she was given has helped and late yesterday she was moved out of ICU to a “negative pressure ” step down room. Jeannie is very weak and short of breath but they are seeing some progress. She perhaps got Covid at church. Please be safe all and prayers for our classmate Jeannie!!!

Please keep Jeannie in your thoughts and prayers.  She is in a battle right now but sounds like making a little progress.